Where to Look for the Best in Presidents Day Sales 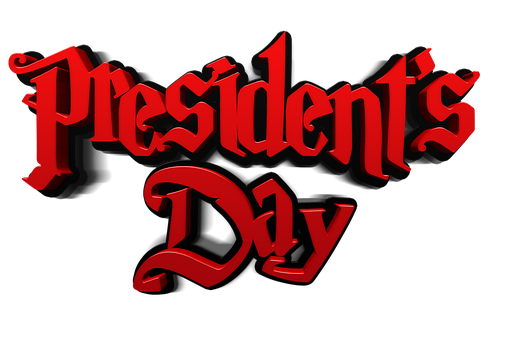 It may not be Black Friday, but Presidents Day is still a big day for sales and bargains, especially on electronics, household items, clothing, and bedding. Just be aware that the sales begin before February 18. In 2018, the sales began on February 8, with Sam's club and JCPenny the early frontrunners, and this year could begin even earlier. So here's what to look for now . . .

Presidents Day (or President's Day or Presidents' Day) is a federal holiday in February designated for honoring the legacy of America's presidents. It's also a time for a huge push in car sales across the country. And "Presidents Day" doesn't really exist because the holiday actually has another name. But whatever you call, it's a great time to get some bargains.

The third Monday of February is Presidents Day, a federal holiday during which federal offices are closed and federal employees have the day off. The date for this holiday was set by Congress in the 1971 Monday Holidays Act. But the name of this holiday is actually Washington's Birthday and was originally meant to honor our first president only.

Presidents Day may be a federal holiday, but not all states celebrate it by that name – and some don't observe it at all. For example, Arizona observes a Lincoln/Washington/Presidents Day, and Arkansas celebrates a combination George Washington Birthday and Daisy Gatson Bates Day. Delaware, Florida, and Iowa (among other states) don't observe the holiday at all. (You can find a complete list here.)

But whatever it's called or whether it's even observed in your state, Presidents Day was seen in the early 1970s as huge opportunity in auto sales. And it has since been appropriated by other industries and retail arenas for the same purpose.

"The industry latched onto the holiday in the 1970s and, through a grassroots effort, promoted the name as synonymous with savings. Of course, department stores and numerous other retailers have promoted sales over the weekend, much like other three-day holiday weekends" (National Constitution Center).

Let's take a look, then, at some of these "numerous other retailers."

It may not be Black Friday, but Presidents Day is still a big day for sales and bargains, especially on electronics, household items, clothing, and bedding. Just be aware that the sales begin before February 18. In 2018, the sales began on February 8, with Sam's club and JCPenny the early frontrunners, and this year could begin even earlier. So here's what to look for now . . .

Electronics and tech have been big President's Day sales categories for some time. For example, last year Best Buy held a massive

four-day sale over the Presidents Day weekend (with even earlier access for Best Buy members) that included substantial savings on MacBooks, smart TVs, laptops, iPads, and headphones. Lenovo was right up there too with 75% off a range of laptops, tablets, and desktops.

If you missed out the white sales earlier in the year, don't fret: there will be some great sales around and on Presidents Day. Target, for example, is again expected to offer 70% off on furniture and décor, as well as 30% savings on other selected home items. Mattresses, though, are where you can find some real bargains. Keep an eye on both Sam's Club and JCPenny, the latter of which had 60% off both mattresses and furniture.

Further, last year, around 41% of all Presidents Day sales revolved around clothing, with some of these sales beginning around Valentine's Day. You can see a savings of at least 25% for most of these sales. But it does get even better on clothing. Last year Eddie Bauer offered 40% to 50% off, and Shoes.com and Wilsons Leather as much as 80% off on some items.

The third Monday of February falls on the 18th this year, so get ready. According to InvestorPlace, here are "seven of the things you can buy during the upcoming Presidents Day sales":

Shopping Tips to Beat the Competition

Presidents Day is really the first big sales event of the year. So a lot of people will be coming out of winter hibernation to take advantage of the sales, and the competition will be stiff. Here, then, are a few tips from Chiff.com to help you beat your competition and get the bargains you want . . .

A with any undertaking, preparation is the key to success. So be sure to make a list ahead of time so that you'll know exactly what you want and what to look for. This way you can head right to the items ahead of the pack.

Typically, Presidents Day sales involve a good number of "early-bird specials." To take advantage of these, you will need, then, to get up early and get started shopping early. And don't get distracted: stay focused on your sales goals – because the competition definitely will be.

If you're not familiar with the store layout, take the time to scout it out and learn the layout well before the sales begin. You will know exactly where in the store the items you want are located, and this will give you an edge over the competition.

It's easy to get caught up in the thrill of the hunt and the excitement of getting great deals, but don't forget safety. In the midst of big sales-day crowds, safety lies in numbers. So be sure to go shopping with friends and/or relatives, and don't risk it alone.

And all the great Presidents Day sales aren't limited to brick-and-mortar retail stores either. You can find a ton of great deals online, too – like these sales on hats & caps and bandanas.

We've got you covered for Presidents Day!

Almost Everything You Ever Wanted to Know About Bandanas
Different Ways To Tie Your Doo Rags
Different Ways To Style A Bandana
The Curious History of Wholesaling And How the Benefits Are Spreading to "Everyone"
The Brand-New Mardi Gras Twist for 2019
Overcoming Tragedy in New Orleans . . . Again – Mardi Gras Penalty Flag Throws
The Second Line Parade – The Cultural Exuberance of New Orleans Going Wide