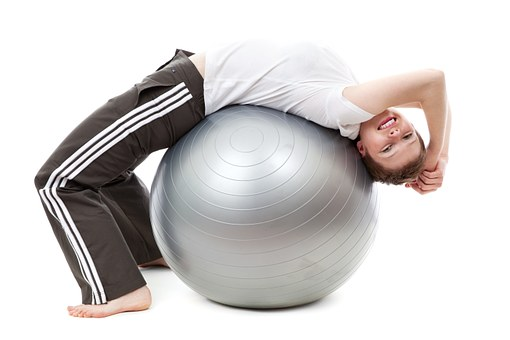 The kind of activity matters, as well what is burned for fuel during that activity. Jogging is a low-intensity activity that never gets your heart rate very high. Because of that, jogging first burns available carbs for fuel, then protein, and then fat last. And where do you think your body gets the protein to burn for fuel? Some of it comes from muscle. So, ultimately, jogging can cause you to lose muscle mass while still retaining a good portion of your fat.

For some inexplicable reason, myths in the fitness and weight loss world die harder than those anywhere else. If, for example, you mention getting in shape, especially weight loss and fat loss, people invariably begin chattering away about cardio and aerobics. A whole lot of people still think that extended aerobic activity, or cardio, is the best way to boost their metabolism and burn fat. But it's not.

Machines Are Safer than Free Weights

You've probably heard this from lots of people at the gym and from a good number of trainers as well. Yes, machines have their place and their uses (often for rehab purposes). But, generally, free weights can be much safer than machines – if you concentrate on and strive to maintain good form with every movement and exercise.

With weight machines, you are locked into a fixed movement path. And this fixed path is often unnatural, which puts extra stress on your joints because your body can't follow the path it naturally wants to take. Smith machine squats, for example, are notoriously bad for your knees. "[T]he very fact that the machine allows less freedom of movement can also set you up for injury: If you don't lean far enough forward during a squat, you can strain your back and knees" (Men's Health).

In addition, because you don't have to steady the weight, as you would with free weights, the smaller stabilizer muscles surrounding your joints never get any work. What this means, then, is that using machines exclusively could lead to injury in the long run. "Shawn Arent, Ph.D., an exercise scientist at Rutgers University, recommends free-weight squats because you'll activate more stabilizing muscles than you would with a Smith machine."

Stretching Before a Workout Prevents Injuries

You've seen runners especially – at the park, on TV, and everywhere else – doing all those stretches before taking off on their run.

Actually, though, they may be courting injury rather than preventing it.

Conventional wisdom (the accepted myth) says that you should always stretch before a workout. In reality, though, pre-stretching doesn't increase range of motion and can make your joints unstable, which may lead to injury. So be sure to warm up before a workout, but save the stretching for afterward, when it can have some limited benefits.

The scientific jury is still out, but consensus is leaning toward no real injury-prevention benefit with stretching before physical activity. Consider this . . .

"It is generally accepted that increasing the flexibility of a muscle-tendon unit promotes better performances and decreases the number of injuries. Stretching exercises are regularly included in warm-up and cooling-down exercises; however, contradictory findings have been reported in the literature. Several authors have suggested that stretching has a beneficial effect on injury prevention. In contrast, clinical evidence suggesting that stretching before exercise does not prevent injuries has also been reported. Apparently, no scientifically based prescription for stretching exercises exists and no conclusive statements can be made about the relationship of stretching and athletic injuries" (NCBI).

When You Stop Working Out, Muscle Will Turn Into Fat

Here's a myth that refuses to give up the ghost among the general population and people new to exercising and fitness. Probably because of faulty post hoc anecdotal reasoning. It works like this . . .

People know someone who used to work out religiously. And the person who worked out got in great shape, lost weight, and added a significant amount of muscle mass. But then the fitness fanatic quit working out. And when the people who know him see him months later, they see a wobbly overweight person who can barely climb the steps to his house. Therefore, when you stop working out, muscle turns to fat.

But that is a post hoc fallacy. Just because one event follows another, that doesn't necessarily mean the former event caused the latter.

It is impossible, first of all, for muscle to turn into fat because they are two very different kinds of tissue. What happens is that when people stop working out, they inevitably lose muscle mass. And very often they keep eating just the same as when they were working out, when they needed more calories and had a bigger appetite. So they do indeed lose muscle and gain fat. It just appears that the muscle has turned into fat.

And here's another myth that has had a long and tenacious life. Mostly because it has been and still is propounded by many so-called fitness gurus. But it's just flat wrong.

Long-duration aerobic activity for metabolic enhancement and fat loss seems, on the surface, to make sense. Jogging is physical activity that takes place over an extended time period; that kind of activity burns a lot of calories; and burning calories is the way to lose fat. Well . . . not quite.

The kind of activity matters, as well what is burned for fuel during that activity. Jogging is a low-intensity activity that never gets your heart rate very high. Because of that, jogging first burns available carbs for fuel, then protein, and then fat last. And where do you think your body gets the protein to burn for fuel? Some of it comes from muscle. So, ultimately, jogging can cause you to lose muscle mass while still retaining a good portion of your fat.

You do in fact lose weight. But the problem is that you don't lose much fat. The mirror, not your bathroom scales, should be the measure of your fitness progress.

What should you do, then, to lose the right kind of weight, look better, and supercharge your metabolism. Just take a look at world-class sprinters. There's your answer.

High-intensity burst training, weight training in particular, can help you retain or increase muscle mass while burning fat. An added benefit is that this kind of exercise can keep your metabolism operating in high gear long after the workout or training session is over. You can keep on burning calories at a higher rate for up to 48 hours. When aerobic activity ends, however, your body continues to burn only a few calories and only for a short while.

And here's something else to think about . . .

The caloric expenditure required to maintain one pound of fat is only two calories per day. But one pound of muscle expends 50

calories per day. That means that increasing your muscle mass turns your body into a calorie- and fat-burning machine. Aerobic activity, on the other hand, because it causes you to lose muscle mass, results in a slower metabolism that burns fewer calories – which makes it that much harder to lose fat.

So forget the aerobics, and engage in weight training and burst training instead.

But Ya Gotta Eat Right and Supplement

The right kind of exercise, though, is only part of the equation for fitness and weight loss. You have to eat right and supplement wisely.

Good nutrition is good idea, but even when you eat right, you could still be poisoning yourself and retarding your fat loss. Like most of us with busy, urban lives, you probably have no choice but to eat the commercially produced foods sold in your local supermarket. Most of these foods have been grown with the use of pesticides, hormones, and antibiotics. There just no escaping it.

There is a solution, but that's for another article . . .

Know Who Won the 2019 Wheelchair Games?

The 3 Keys to Effective Weight Loss and Increased Muscle Mass

The 2 Essential Steps for Better Health and Longer Life

You Don't Have to Suffer With Arch Pain and Heel Pain