WFE Covid-19 Watchlist: What To Watch On Netflix, Hulu, And Amazon Prime

WFE Covid-19 Watchlist: What To Watch On Netflix, Hulu, And Amazon Prime 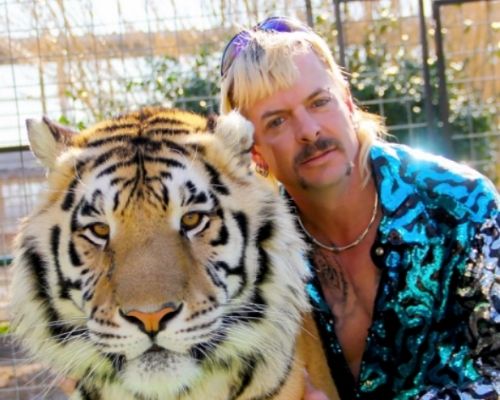 If you’re sitting at home wondering “What’s my watchlist for streaming?” — you’re not alone.

In fact, you’re not even close to alone.

The interest in streaming services like Netflix, Hulu, and Amazon Prime is surging due to COVID-19.

And while some of the world may look for more “productive” things to do at home like workouts and online courses, the rest of us kind of feel like doing — well — nothing at all.

Because it’s okay to feel less than motivated during a worldwide pandemic.

And let’s be real — what better way to spend this unique time in self-isolation than indulging in a few watchlist worthy juicy television series and films?

Settle into your favorite seat in the house and get super cozy because we’re giving you Netflix, Hulu, and Amazon Prime’s top must-sees in 2020.

WHAT TO WATCH ON NETFLIX WATCHLIST

Would this truly be a watchlist of must-sees on Netflix if we didn’t feature “Tiger King”?

Tiger King follows the story of Joseph Maldonado-Passage, also known as “Joe Exotic”, who is an eccentric keeper of big cats.

The series makes a strange turn when you discover that the keeper of cats, Exotic himself, was accused of orchestrating a murder-for-hire plot against Carole Baskin, a “hippie-like” big cat rescuer, who attempted to shut down Exotic’s operation.

It gets even weirder when you discover that Carole Baskin is also a prime suspect in the disappearance of her wealthy husband, Don Lewis.

Along with the introduction of a few other colorful characters, Tiger King is undoubtedly one of the strangest stories that we’ve tuned into thus far in 2020, making it a must-see for your time in self-quarantine.

What next on our Netflix watchlist? Well, “You”, of course.

You has been a netflix.com-audience favorite since the series’ first release in 2018.

Based on the fictional novel by Caroline Kepnes, You takes us through the world of Joe Goldberg, a New York bookstore manager, who has a strong interest in a graduate student named Guinevere Beck.

Their seemingly sweet love story soon turns for the worst as Joe’s affection for Guinevere becomes dark and dangerously obsessive.

There isn’t just one fatality in this intense love story — there’s one too many.

Watch the two seasons of You via Netflix here.

If you have yet to hear of Marriage Story, it’s time to give it some well-deserved undivided attention.

It’s one of the best movies on Netflix and everything divorced couples and children of divorced families can relate to.

The movie shows the downward spiral of a dysfunctional marriage — and the hardships that every family member must endure when the only option is divorce.

The main characters, Charlie and Nicole, are portrayed by Adam Driver and Scarlett Johansson.

Notably, the film received a leading six nominations and won for Best Supporting Actress — Motion Picture — making it another must-see on our WFE watchlist.

Also, bring tissues because this one is sure to be a tear-jerker.

Are you looking for a show that will leave you at the edge of your seat in anticipation?

“Money Heist” features an exciting four seasons of robbery, hostages, and an elaborate €2.4 billion plan that manipulates law enforcement to help carry it out.

It’s not your typical good guy vs. bad guy plot.

Because this time, we’re all rooting for the bad guys.

More importantly, Ozark’s dramatic plot involves drug cartels, money laundering, and many other unthinkable crimes all from a small town in — Missouri.

(Yes, even elaborate crimes can happen in Missouri.)

Viewers are even comparing this show to the hit series “The Sopranos” — a sensational mob-related TV series from the late ’90s and early ’00s.

Watch Ozark and its newest season that released on March 27, 2020, via Netflix here.

WHAT TO WATCH ON HULU WATCHLIST

It’s only natural to search for shows that are going to help us cope during this disheartening time.

“High Fidelity” is undoubtedly one of those shows that give us a good laugh when we need it most.

In her role as a record store owner, Kravitz becomes the new John Cusack and relives her romantic past to overcome a difficult breakup.

There’s a whole lot of sarcasm, quirky moments, and relatable relationship stuff that makes this series all too good to pass up.

Next on the watchlist is the international film “Parasite.”  The film continues to circulate the internet since its initial release in 2019.

Originally filmed in South Korea, Parasite has not only won an Oscar for Best International Feature Film but it’s also the UK’s most successful non-English language film to date.

Its suspenseful story introduces an impoverished family who invades the lives of a wealthier one through conniving and risky methods.

Every second of watching this online movie is captivating as it takes well-calculated twists and turns in unexpected directions.

Beyond everything, the ending will leave you in awe.

WHAT TO WATCH ON AMAZON PRIME WATCHLIST

If you’re looking for a relaxing film to watch, “Midsommar” will probably be the last of this bunch to watch.

Yet it may just end up being the most memorable.

The cinematography in this film is absolutely stunning. It’s truly a treat for your eyes as it displays a gorgeous color palette on the outskirts of Budapest.

However, the plot is unusual as it features extreme sacrificial rituals in a remote Swedish village.

Not to mention, there are a few grueling scenes that will make your stomach turn.

Starring Florence Pugh and Jack Reynor, Midsommar is another captivating horror film of 2019 that should not be overlooked.

We’re ending our WFE watchlist with a film that has captured our hearts.

“The Farewell” was directed by Lulu Wang and stars Awkwafina as Billy.

Billy is a young woman who learns that her grandmother has only a short time left to live.

To her surprise, she discovers that her entire family has decided not to tell her grandmother that she’s going to die.

Instead, they arrange a wedding ceremony as an excuse for all of their family to come to China one last time before Billy’s grandmother passes.

This first and second-generation immigration story touches on the sorrow we all feel when loss arrives.

And easily pulls the strings of our hearts in the most humanistic way.

Catch up on our latest article here titled “Home during COVID-19? Here Are Free Things to Do.”