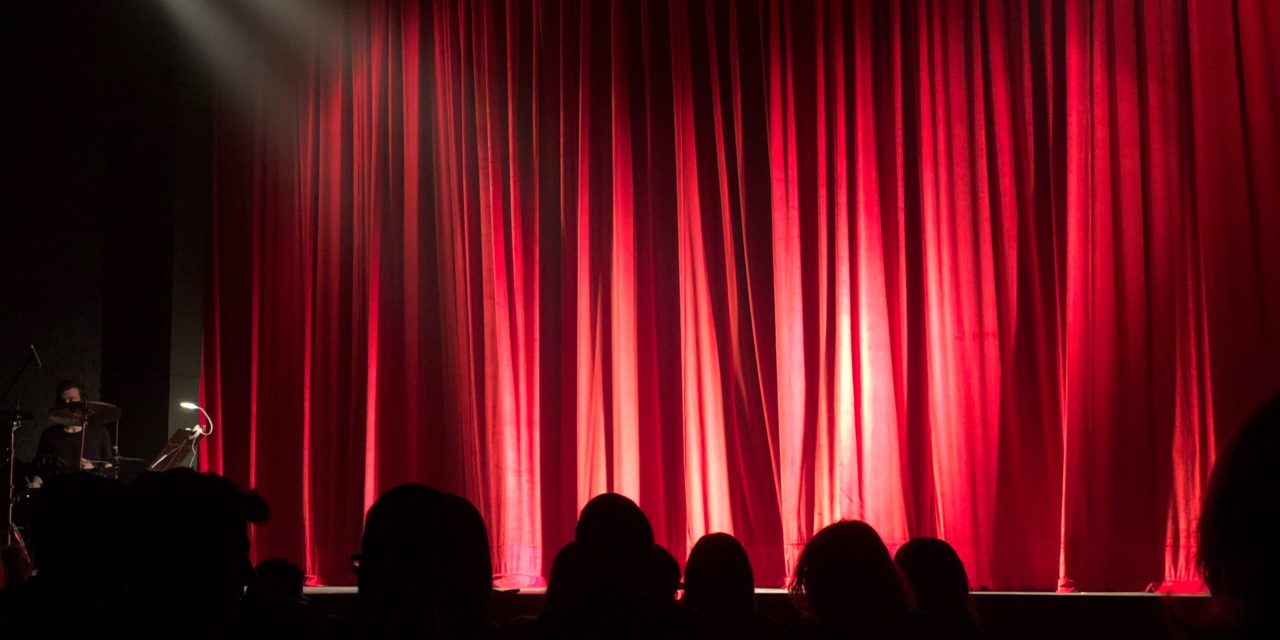 It is always fun watching people compete, whether it is a sporting event or any other kind of competition that has winners and losers. But there is something especially exciting about watching celebrities -- people we don't really know in real life but feel like we know because we follow their lives as much, if not more, than our actual friends and family -- duke it out. Because of this, it is always exciting when another celebrity competition show comes out.

There are five main major broadcast television networks in the US:

Now that we know which major Networks are being ‘judged’ for their competition shows we can add some cable networks like the Food Network and MTV. After analyzing what are the best shows we will put them to the test to find out what is the best celebrity competition show on each network.   In this article, we will share some of the best celebrity competition shows from each of these major broadcast television networks except for The CW, as well as an additional television network, the Food Network.

There are several great celebrity competition shows on ABC, including:

Another main difference between Celebrity Family Feud and the traditional Family Feud is that the money earned does not go home with the contestants. At the end of the competition, the money that would have gone to the winning "family" is actually given to charity. If the "family" wins Fast Money, then they win $25,000 for their chosen family. However, if they win Fast Money but don't reach 200 points, then they only win $10,000. Everyone's a winner in Celebrity Family Feud though; the losing team still gets $5,000 for their chosen charity.

Dancing with the Stars

This season, you will even get to see the sensational Carole Baskins, the founder, and CEO of Big Cat Rescue. Carole Baskins was thrust into the limelight because of the hit Netflix documentary series Tiger King: Murder, Mayhem, and Madness. Carole chose cat-themed songs and outfits for her performances, which are definitely worth watching.

Who Wants to Be a Millionaire

Luckily they were able to shoot episodes for the 2020 reboot right before the stay-at-home order was issued in California because of COVID-19. However, due to social distancing restrictions at the time of shooting, filming had to be done without a studio audience. Because of this, there is no longer a "Ask the Audience" lifeline. Instead, they have a "Ask the Host" lifeline now.

Some of the celebrities in the 2020 reboot include Dr. Phil, Kaitlin Olson, Jane Fonda, Eric Stonestreet, Lauren Lapkus, and Anthony Anderson.

Anyone looking for a celebrity competition show on CBS needs to watch Celebrity Big Brother. Celebrity Big Brother has all the drama and intrigue from the traditional Big Brother, but because celebrities are involved, people will most likely have preconceived notions about the HouseGuests and will already have their go-to favorites.

This competition, unlike the previous celebrity competition, shows mentioned before that focus on physical or mental skill, is more focused on popularity. Being liked is one of the most important things in this competition, since, if people don't like you, they will vote to have you evicted.

While most seasons of the traditional Big Brother had between 28 and 42 episodes in their seasons, Celebrity Big Brother had only 13 episodes. This means that it's a binge-worthy show!

There are also several great celebrity competition shows on NBC, including:

Many shows have had to adapt to the current social distancing and stay-at-home orders due to COVID-19. While COVID-19 and its isolation measures have been very inconvenient, some people have shown resilience and creativity in this trying time. One such show is Celebrity Game Face.

Celebrity Game Face, which is hosted by Kevin Hart -- who became famous from his acting in the Scary Movie Franchise, brings together celebrity couples for some friendly competition. Each celebrity couple is participating remotely from home. It is kind of like a virtual game night. The challenges range from trivia to absurd physical challenges.

Part of what is fun about Hollywood Game Night is that it is meant to feel like a "casual game night". Each episode has two non-celebrity contestants, and each of the two non-celebrity contestants has three celebrities on their team. This allows them to play games four-on-four. The teams play five games against each other, and the goal is to rack up as many points as possible over the course of those five games.

After all five games are completed, the non-celebrity contestant from the winning team goes head-to-head with one of the celebrities. If the celebrity wins, then they receive $10,000 that will go to a charity of his or her choice, while if the non-celebrity wins, then he or she will receive $25,000 to take home. It is fun to watch a game like this, where you can imagine yourself in the contestant's shoes, winning it big, but it is also nice to know that if the contestant loses, then the money will still go to a good cause.

SYFY Wire's: The Great Debate is a show with half-hour installments, during which celebrities debate some of life's nerdiest sci-fi questions. Two celebrities come on each show and debate questions that really touch on nostalgia and fandoms.

Some questions have included "What is THE best movie snack?" and "Who'd be a worse boss: Darth Vader or The Joker?" While not necessarily a place for serious debate over questions about life's meaning, some of the questions really speak to the soul.

This competition is more relaxed than something where thousands of dollars are at stake, but it is very funny and entertaining. The Great Debate is a celebrity competition show that meets comedic improv.

A competition couldn't be fairer than when the judges are blindfolded. Until now. In The Masked Singer, the singer/contestant is in a large costume that completely conceals his or her identity, so that the panelists cannot see who it is. The host of The Masked Singer is Nick Cannon, and there are four panelists: Ken Jeong, Jenny McCarthy, Nicole Scherzinger, and Robin Thicke.

What makes this celebrity competition so much fun is the mystery. The audience and panelists only get to find out who the masked singer is once he or she is eliminated. It will leave you guessing every week, until one by one each singer is revealed.

Worst Cooks in America is a "boot camp" competition show that has two teams, each with eight celebrities who are amateur cooks. One team is mentored by Chef Anne Burrell, and the other team is mentored by another chef. The other chef's role has been filled by Alton Brown, Rachel Ray, Tyler Florence, Bobby Flay, Alex Guarnaschelli, among others. At the end of the boot camp, the celebrity left standing gets $50,000 to give to a charity of his or her choice.

Season 9, Worst Cooks in America: Celebrity Edition 2 is particularly fun. Some of the celebrities in this season include Mike "The Situation" Sorrentino from the reality TV show Jersey Shore, Barbara Eden from the sitcom I Dream of Jeannie, comedian Loni Love, and Matt Dallas from Kyle XY.

Teams must face off to complete some fast-paced food games, including some food-focused trivia.

Some of the celebrities to compete in Celebrity Food Fight include Kevin Jonas, Kristen Johnston, Jean Smart, Coolio, Greg Grunberg, Andy Dick, and Kim Coles, among others.

While Cupcake Wars does not normally have celebrity contestants, it does have a celebrity edition called Cupcake Wars: Celebrity Battles. While Worst Cooks in America and Celebrity Food Fight may sometimes include dessert items, Cupcake Wars is special because it is only about this one bakery item: cupcakes.

Similar to many of the other celebrity competition shows out there, Cupcake Wars: Celebrity Battles allows the winning celebrity the chance to win money for his or her charity of choice. The host of Cupcake Wars is Jonathan Bennett, the actor who played Samuel Adams in Mean Girls.

Each episode has a different theme, which makes each competition different and exciting. In different episodes, competitors must bake cupcakes fit for a variety of different special events, including a baby shower for TV star Kristin Cavallari, a gala in honor of an animal conservation group called WildAid, and even a party celebrating the kickoff of the new Angry Birds Space app. Just like with a box of chocolates, you never know what you're gonna get with Cupcake Wars.

Similar to Cupcake Wars, Chopped does not normally have celebrity contestants; however, it does have a couple of celebrity editions called Chopped: Tournament of Stars and Chopped: Star Power.

Chopped: Tournament of Stars occurs in Season 19 of Chopped and came out in five parts. Sixteen celebrities came together to compete for $50,000, which would go to the winner's charity of choice. For the first four episodes, the competition was divided into 4 categories: sports stars, Rachael vs. Guy finalists, comedians, and actors.

Chopped: Star Power occurs in Season 33 of Chopped and also had 16 celebrity contestants. These 16 celebrities were also competing to win $50,000, which would go to the winner's charity of choice. This competition was also divided into 4 categories, this time: internet sensations, athletes, comedians, and film and television actors.